Aardwolf – some fun facts on the beautiful “earth wolf” 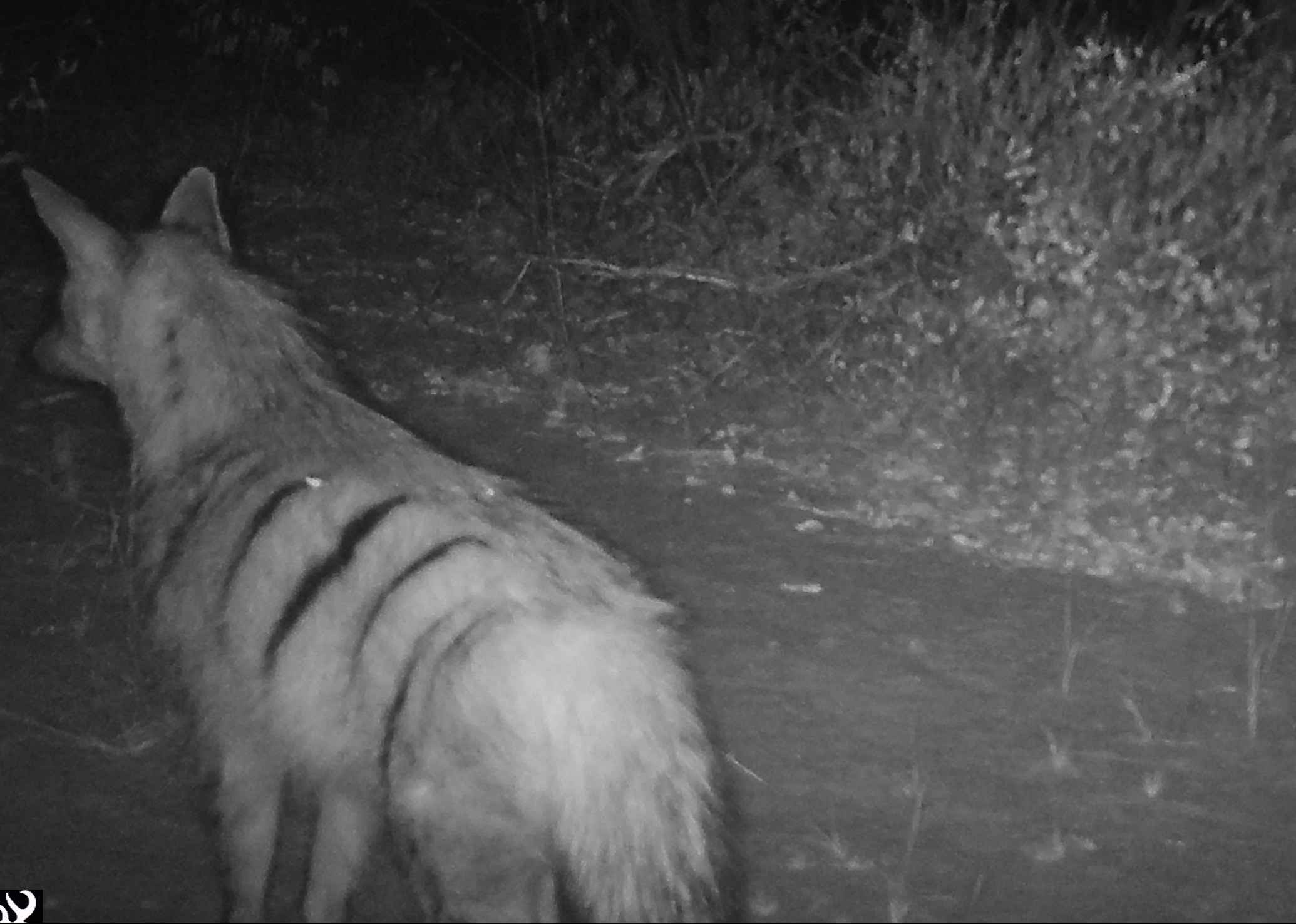 As we continue our camera grid into August, we have been really treated with various species turning up on the cameras! One of the species that has provided particular excitement in camp is the aardwolf (Proteles cristatus). Although quite widely distributed across Southern Africa, their nocturnal and somewhat secretive nature makes captures of them extra special!

Aardwolves have quite a hyena-like appearance, being taller at the shoulders than their rump. It has in fact been of some controversy as to whether they should be recognised within the hyena family, or as their own family. Much smaller than both the brown and spotted hyenas, they can be recognised by their dark vertical stripes, as well as a distinct mane of long hair down their neck and back that they can erect to make themselves appear larger. 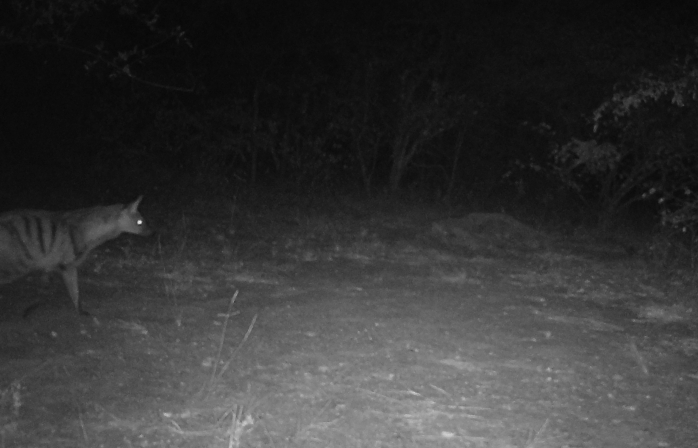 Aardwolf means ‘earth wolf’ in Afrikaans, while their scientific name also holds interesting meaning. Their genus, Proteles, means ‘complete in front’, referring to their front paws, which have five toes, while their back paws only have four. Their species name, cristatus, is regarding their mane, meaning ‘provided with a comb’.

Aardwolves feed almost exclusively on termites, specifically harvester termites of the genus Trinervitermes. They have been recorded to eat up to 300,000 termites in a single night, with estimates of 105 million termites consumed in a year! There are some farmers that believe aardwolves also kill and eat small livestock, given their large canines, but this is thus far unproven, and it is believed these large canines are actually reserved for fighting with others in protecting territories. Where this myth may have gained greater stature is that they have often been observed picking at corpses, but it is more likely that they are in fact eating the beetles and insect larvae found on the carcasses. Despite the large canines, the rest of their teeth have been greatly developed for eating insects, with their cheek teeth being greatly reduced to flattened pegs. They also do not dig for their prey, instead using a long, sticky tongue to lap up their delicious termite meal!

Although they are rare to see, some of our volunteers were lucky enough to catch a sighting of one just this morning while out on a snare sweep! Very cool, and one of the extra benefits of working in this beautiful area!