Posted on September 14, 2021 by Alldays Wildlife and Communities Research Centre 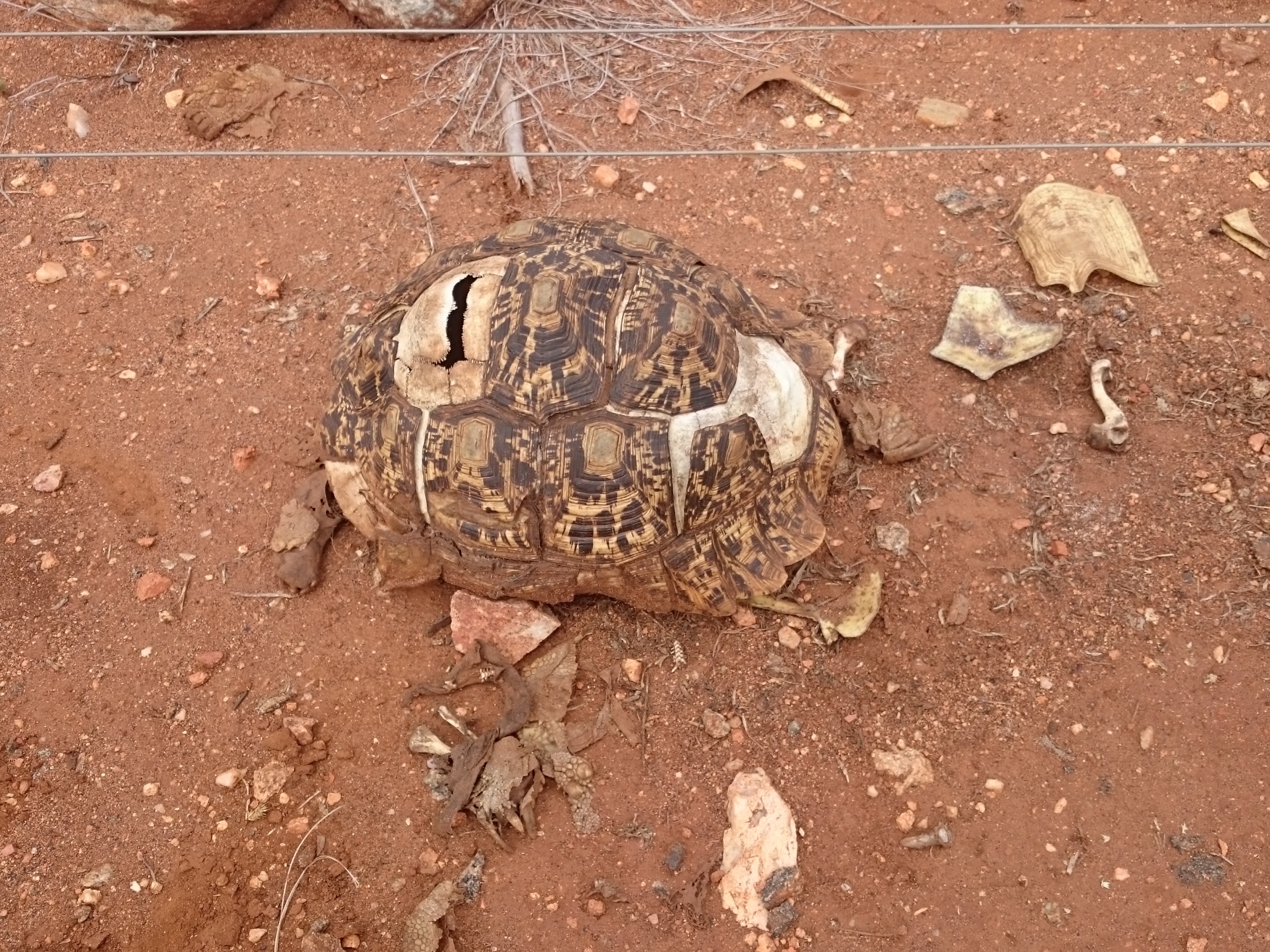 Electric fences have been used in wildlife management since the 1930s and have increased in popularity in recent decades among landowners. The use of electric fences is popular within our study area with farmers using electric fences to define property boundaries as well as protect crops from wildlife and enclose livestock or game.

To date, we have surveyed 15.9 km of electrified fence across five farms, 3.8 km of which was surveyed on a weekly basis across a two year period. Data was recorded in every location where a mortality was found, as well as at every 100 m where there was no mortality; these we used as controls. In total, 308 mortalities were found. Animals recorded included: Tortoises, non-ground birds, amphibians, lizards, snakes, mammals and ground birds. Tortoises were the group most affected by electric fences, making up 59.4% of recorded mortalities.

Significantly more mortalities occurred during the summer (Nov-Apr), which was true for all groups except mammals. The height of the bottom electric wire had a significant impact on whether a mortality occurred, with 80% of mortalities occurring where the wire was less than 7 cm above ground.

The number of mortalities found over this time period highlights the shocking reality of fence use and raises many concerns. This data is part of an ongoing project. We are continuing to survey electric fences and will be trialling different fence modifications as well as assessing the impact of these mortalities on wildlife population numbers.

Keep an eye out for future updates! If you’re interested in assisting with this project, please do get in touch.

← A year in the life of a troop of Dump baboons